Capri recording artist and educator Frank Potenza is a protege of the late, great Joe Pass and an active performer, composer, and arranger with ten solo albums to his credit. In addition to his extensive freelance recording experience, he has performed in concert with Dizzy Gillespie, George Van Eps, Joe Pass, Bud Shank, Mose Allison, James Moody, Harry "Sweets" Edison, Brother Jack McDuff, and many other jazz luminaries.

Frank toured and recorded as a member of the Gene Harris Quartet from 1996 to 2000 and is a featured soloist on "Alley Cats", Gene's last recording for Concord Records. He currently plays solo concerts, leads his own trios and quartets, and performs as a guest soloist with big bands.

He is a full Professor in the Studio/Jazz Guitar program at the Flora L. Thornton School of Music, University of Southern California. He holds a Bachelors degree from the Berklee College of Music in Boston, Massachusetts, and a Master of Arts degree from California State University, Los Angeles.

Frank was inducted into the Rhode Island Music Hall of Fame in April 2017.

A brief video of induction concert and ceremony highlights can be viewed here https://www.youtube.com/watch?v=SflxpGXHeEA.

He and the other inductees can be viewed at the Class of 2017 page. 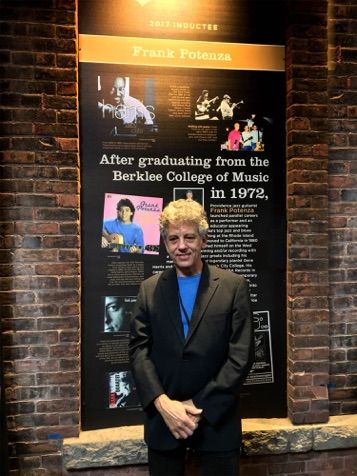 On April 23, 2017 the jazz inductees performed in a concert
at the Greenwich Odeum in East Greenwich, Rhode Island. 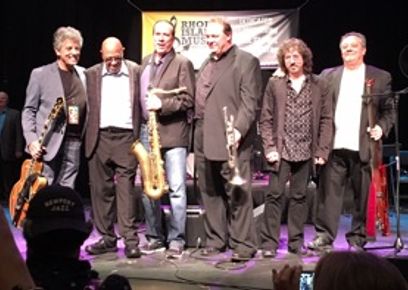 These in-depth scale and arpeggio texts are core curriculum in the USC Thornton Studio Guitar Program. Using a comprehensive approach that includes three different organizational systems, they cover the technical foundation for playing any style of music on guitar. The CAGED system (five positions), the Finger Stretch system (all twelve keys in one position) and the Three-Note Per String system (seven patterns) are examined. Although each of these three systems is included, the CAGED system serves as the basis for much of the material covered in this series. Instead of traditional musical notation, the book uses fingerboard diagrams to focus on the visual aspect of the patterns. The goal is to present an approach to understanding and mastering the fingerboard by outlining the best and most practical elements of these three different, yet overlapping systems. Book Two presents patterns for the harmonic minor and melodic minor scales and all of their relative modes, the bebop scale (major, minor and dominant), chromatic scale, whole-tone scale, diminished scale (whole/half and half/whole) and augmented scale. Also included are patterns for minor (major 7) and augmented (major 7) arpeggios. 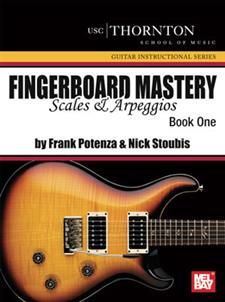 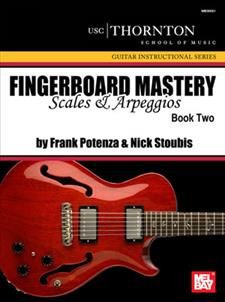 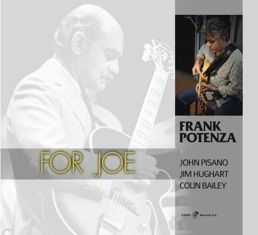 The documentary film "A Not So Average Joe" chronicles the historic two-day
recording sessions that resulted in the tribute album "For Joe", honoring Joe Pass.

It was recorded with the same personnel that Joe had on his 1964 Pacific Jazz album "For Django":
John Pisano - second guitar, Jim Hughart - bass, and Colin Bailey - drums. This was Joe's working quartet for many years.

Live at The Merc Virtual Concert

Zoom - Link to be provided here